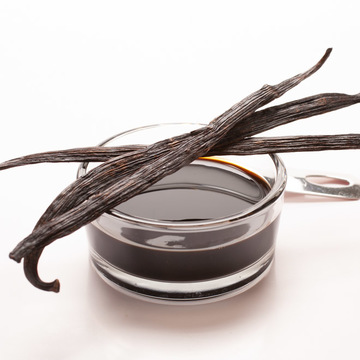 You may be asking what the difference between regular vanilla and French vanilla is. And the answer may surprise you. The big difference is not in the vanilla, itself, or where it comes from, but in the ingredients that go along with the vanilla. Let’s use ice cream as an example. Regular ice cream is typically created using a base of milk, cream, and sugar. French vanilla ice cream, on the other hand, is created using those same ingredients with the addition of egg yolks to make it a much creamier texture. With Seelect Tea’s French Vanilla Syrup, now you don’t have to do any of the mixing at all. We’ve taken care of that for your and simply created a syrup with it. The secret inside this great bottle can now be used to create the best tasting French Vanilla flavored desserts, like cakes, pies, and—yes, ice cream, too.